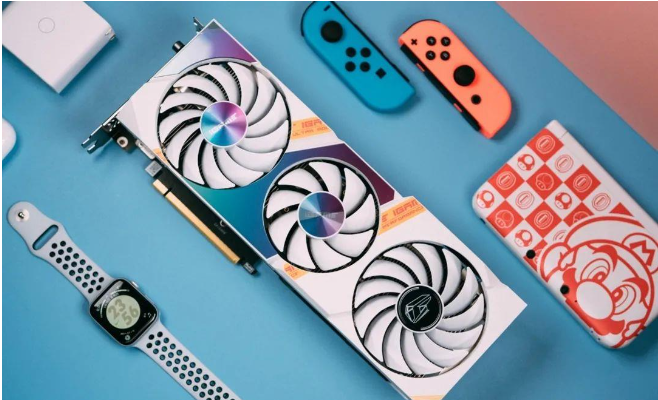 In the Steam hardware survey, the NVIDIA GeForce GTX 1060 topped the list, and the subsequently launched GeForce RTX 2060 also entered the TOP 5 ranks. It can be said that NVIDIA GPUs with a tail number of 60 have officially entered the dessert area of ​​players, and their performance will represent what kind of experience most players can get in the game. 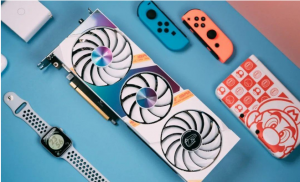 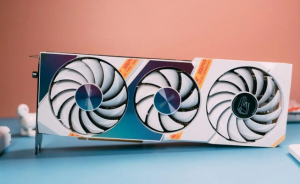 On iGame GeForce RTX 3060 Ultra W 12G, a set of TPCs are removed, that is, it actually has 14 TPCs, 28 Streaming Multiprocessors (SM), and 3584 CUDA Cores, 28 2nd Gen RT Cores, 112 3rd Gen Tensor Cores. The specific parameter comparison can refer to the following figure.

It can be seen that the biggest highlight of GeForce RTX 3060 is that the video memory is directly raised to 12GB GDDR6. At the same time, there is no constraint of the small space of the notebook, and the TGP reaches 170W. The highest GPU frequency and memory frequency given by the official are higher than the standard of the general product line. 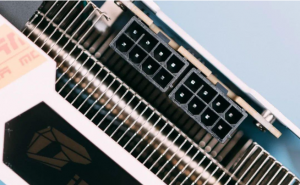 The iGame GeForce RTX 3060 Ultra W 12G in front of me is actually a good example. The combination of vaporwave element style outer armor and bright colors is very novel, and it also conforms to the popular internal collocation of white consoles. 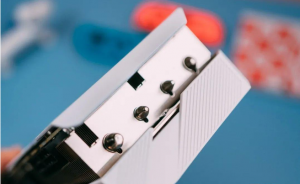 From the stress test, the GA106’s heat generation is not high. The maximum temperature of the GPU in the half-hour FurMark test is 64°C, which is already very low compared to the RTX 30 series GPU. 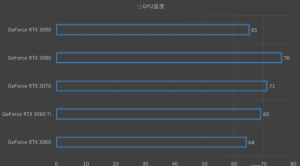 From the perspective of infrared temperature measurement, the maximum temperature of the cooling fins is around 58°C, and the outer armor covering the radiator has been kept cool. 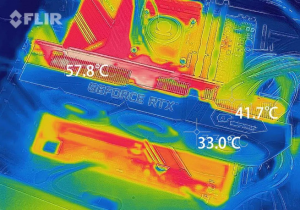 fill up the fight

Compared with heat dissipation, whether the GeForce RTX 3060 can become an ideal “sweet spot” is the most concerned issue for players. As mentioned in the previous analysis, the GA106 also has the second-generation RT Core and third-generation Tensor Core that the RTX 30 series is most proud of. 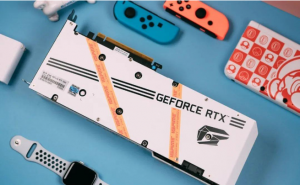 That is to say, the bottom performance of GeForce RTX 3060’s triangle ray intersection can reach about 74% of that of GeForce RTX 3060 Ti. In addition, the second-generation RT Core also adds a triangle position interpolation module, which can significantly accelerate the motion blur effect.

At the same time, the third-generation Tensor Core achieved the same performance as the eight second-generation Tensor Cores of the Turing architecture by including 4 cores per Streaming Multiprocessor (SM) . However, thanks to the true inheritance of the NVIDIA Ampere architecture, the Tensor Core on the GA106 can prune the two weights with a weight value of 0 in the trained weight group in a group of 4 weights. Through this sparse processing , to achieve an equivalent 100% deep learning performance improvement under the condition of accurate and lossless reasoning, or equivalent to completing 1024 FP16 Tensor operations per Streaming Multiprocessor (SM) per cycle. This allows the third-generation Tensor Core to increase the number of intensive calculations by 2 times per clock cycle, and the number of sparse acceleration calculations by 4 times.

The optimization of the second-generation RT Core and the third-generation Tensor Core structure will finally be reflected in the running score. Before testing, let’s list the test platforms that don’t hold us back this time: 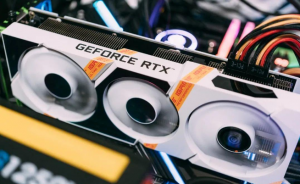 In the 3DMark Time Spy and Fire Strike scene tests, the GeForce RTX 3060 is improved by about 15% to 19% compared to the RTX 2060, and once DLSS and real-time ray tracing are involved, the improvement effect becomes more and more obvious, especially the DLSS test performance, the improvement reaches 113%.

You thought this was over? Do not. Even under the same architecture, NVIDIA’s software and technology are updated with each new hardware release. This time, the updated content of the GeForce RTX 3060 also includes the GeForce Experience performance plate that can achieve automatic overclocking, and the Resizable BAR that the CPU directly reads more video memory and further increases the game frame rate.

By default, press the shortcut key Alt+Z and select Performance in the upper right corner of the ribbon to open the performance page of GeForce Experience. Basic parameters such as frequency, temperature, voltage, and utilization rate can be seen in the performance test. 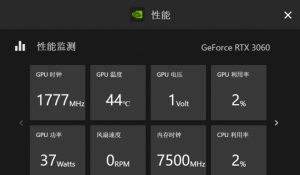 The most important thing is the performance tuning at the bottom of the performance page. Similar to the earlier OC Scanner, after the automatic adjustment option is turned on, GeForce Experience can also help GeForce RTX 3060 to obtain a certain degree of performance improvement according to different GPU physiques.

Once ray tracing and DLSS deep learning supersampling are turned on, the advantages of GeForce RTX 3060 over RTX 2060 are more obvious, and the game improvement is generally 20% to 60%. It is also “Wolfenstein: New Blood”, RTX 2060 due to memory burst table score Horrible.

Resizable BAR to tap the potential of RTX 3060

If overclocking is a normal operation, then the Resizable BAR function that allows the CPU to fully access the video memory can increase the game frame rate one step further online. Limited by the early PCIe specification, the CPU can usually only map 256MB of system memory to the video memory through the Base Address Register (BAR). As the game data continues to grow, the game frame rate will be severely limited.

Now with the Resizable BAR blessing, as long as the motherboard provides corresponding support, the CPU can directly access all video memory. Take ROG MAXIMUS XII EXTREME as an example, after updating to the latest version of BIOS, you can directly enable the function of ReSize BAR in the upper right corner of the interface, or manually adjust Re-Size BAR Support to Auto in PCI Subsystem Settings of Advanced. 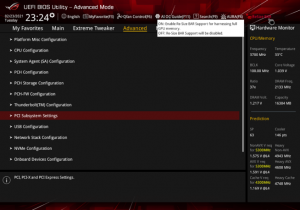 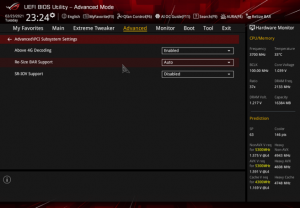 After entering the system, we can see that Resizable BAR has been automatically turned on in the system information of the NVIDIA control panel.

Judging from the current experience, some games have turned on support for Resizable BAR, and the game frame rate can even be further improved by about 7% to 11%, which is more than GPU overclocking. 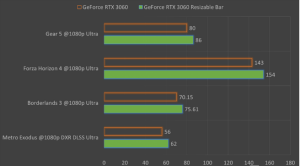 In general, the NVIDIA Reflex SDK integrated into the game can better control the running speed of the CPU, ensuring that mouse clicks, CPU, and GPU are kept in sync for the fastest system response. For an economic game where every millisecond counts, a few more milliseconds of judgment can even turn the whole battle situation around. If Resizable BAR is a technology that is about to be fully popularized, then NVIDIA Reflex believes that there will only be an N card exclusive for a long time. This is also one of the more inclined to use NVIDIA GPUs for e-sports event hosts. 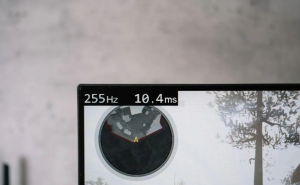 Another is the live broadcast function. Even if it is a thousand-dollar camera, expecting the camera itself to be equipped with intelligent functions still does not display. And NVIDIA Broadcast, paired with a GeForce RTX 3060, turns an ordinary PC camera into a smartphone-like lens.

The reason is that NVIDIA Broadcast utilizes the AI ​​acceleration function of Tensor Core. Using ordinary cameras and microphones, it can achieve intelligent noise reduction of ambient sound and virtual/blurred backgrounds. If the camera angle is wide enough, NVIDIA Broadcast can also automatically crop the screen by The form simulates a follow shot. This set of functions is very useful for game anchors and video conference chats. 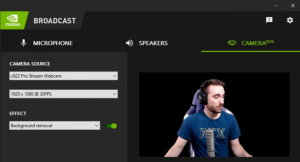 Finally, let’s talk outside the game. It is impossible for most users to use only the GPU to play games. With the support of more professional software for GeForce RTX GPU, GeForce RTX 3060 can also undertake some tasks of video editing and professional content creation.

At this time, 12GB of video memory can play more roles, such as helping players cope with 4K high-resolution video editing, or more complex model rendering. 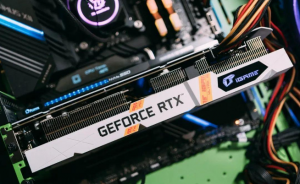 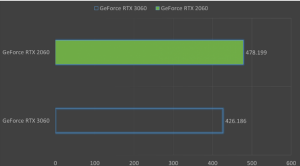 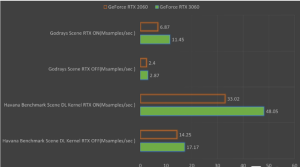 Written at the end: Make 2021 a fun gaming year

For more than a year, miners’ enthusiasm for virtual currency has made gaming GPUs almost hard to find. At the same time as the announcement of the GeForce RTX 3060, the NVIDIA CMP dedicated mining card was launched simultaneously, and it was announced that the mining performance of the GeForce RTX 3060 would be limited by the driver.

In fact, GeForce RTX 3060 is not the best choice for mining cards. NVIDIA’s many mining performance limitations on GA106 may be the key to GeForce RTX 3060’s flow to players. 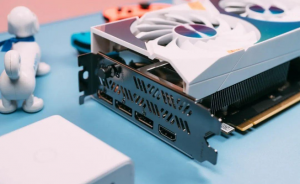 It can be said that GeForce RTX 3060 is more like the best upgrade for mainstream players of GTX 1060 and RTX 2060, and players only need some patience to play AAA games happily before this summer, I believe it is not far away. 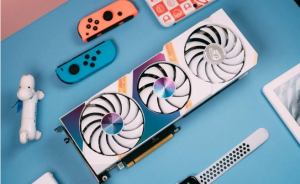 How to Get The Perfect digital marketing services Every time

Stuck On the Side of the Road with a Flat Tyre? Here’s How to Fix It

Tackling the Quantitative Section of the GRE