Love and affection: what’s the difference? 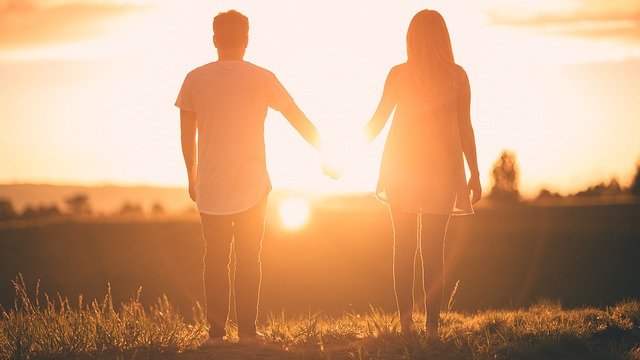 Love and affection: what’s the difference?: In couple relationships, feelings have an important influence on their stability. “It’s just that I don’t love him anymore”, “I don’t feel the same for him anymore”, “he doesn’t make me feel like before”, and “he doesn’t love me”, these are some expressions that we can hear. But what is love? What is want? What is the difference between love and affection?

People in a relationship can take different paths, in part, because of what each member feels for the other. When you love someone, your decisions do not have the same implications as if you only feel sympathy, attraction, or affection. Would you marry someone you only care about? Would you give your life for someone you don’t love?

People tend to confuse attraction or affection, when they are manifested intensely, with love. On the other hand, much associate love with the emotional intensity that can exist in the first moments of a relationship. Although this intensity may not originate in genuine love, but in dependence or lack.

The association between love and the emotional intensity with which many people operate practically condemns them to constant dissatisfaction. So if love doesn’t necessarily correspond to intense emotions, what is it?

It is a behavioral, cognitive, and attitudinal pattern of being and being in the world with the other person, and of allowing that other person to be and be in the world as it is. It is, in essence, as Erich Fromm would say, freedom.

“Love is the active concern for the life and growth of what we love.”

Love is caring (being attentive and interested in the well-being of the other), responsibility (responding to the needs of the loved one), respect (seeing the person as they are in their individuality), knowing (accepting the inner world of the other, with in order to meet him). In relationships, love is the synergistic interplay between connection, respect, trust, and attraction.

It is a feeling, it is the expression of an affection felt by another person. It is related to the inherent desire to be together with someone, which provokes us to talk by sharing good morning images, asking to meet somewhere, not wanting to lose or be separated from them. Affection also entails caring for the other. In it, pleasant emotions emerge in relation to the loved one.

Affection can be more or less intense and is expressed through caresses, hugs, gestures, and words. It is to give affection, respect, and care to the other person. When there is affection, the emotions are more explicit, and the joy and pleasure of being with that person are more noticeable.

Differences between love and affection

Love and affection are not two opposite poles, rather they are two complementary conditions. If you look at what we have said about affection, you can easily notice that in love you can also find a manifestation of affection: hugs, caresses, kisses…

Love goes beyond what we feel and the borders of the self. Love is self-transcendence, that is, it is an invitation to come out of oneself, seeking to meet the object of that love. In this context, the other person is valuable, but at the same time important.

Affection does not transcend, the self does not lose its place of privilege.

Love is a surrender, it is giving, it is being with an open heart. Affection revolves around receiving what is given, that is, “I give you expecting to receive.”

Love gives and surrenders without expecting anything in return, without expecting to be reciprocated. Be careful with this, because love does not imply that you should then bear any affliction that the other causes you. Remember that love is a two-sided coin: self-love and love of others.

Love is freedom. There is no place in it for possession or domination. There is no room for behaviors that subject the other to their own whims because there is genuine respect for freedom in him.

In affection, possessive and dominant tendencies are more common, although this is not always the case, of course.

Although there are underlying emotions in love, these are not its central axis. Love is above emotions and is not reduced to them. Instead, affection is an affective manifestation in which they express, through gestures, words, and actions, what they feel for the other. In love there is also an expression of this type, only it is not everything.

The bond that exists in love is deeper than in affection. However, although there is a strong bond, there is no dependency, because love is also loving towards oneself. Remember that love is freedom in essence, so a pathological dependency distorts it.

In love there is trust in the other person, there are no doubts. When love is mutual, there is no room for mistrust, because it is known in advance that the other person would not do anything that could intentionally harm or hurt.

In affection, there is room for distrust in the relationship, since it does not have solid foundations in virtue, as love does.

Trust is one of the most important pillars of love, but it doesn’t have to be that way in affection.

In true love, both intimacy and passion, and commitment are present. In affection, on the other hand, there is a more notable tendency towards passion, that is, towards the intense desire to be in union with the other person, and there is not necessarily a long-term commitment to the relationship and its development.

To finish, we can say that love is broader, deeper, and transcendent than affection. The latter may well be a part of the former. Love implies not only sympathy but also a series of attitudes and behaviors that seek the well-being of the other, while the person is honest and vulnerable.

4 Essentials To A Healthy Relationship

IS IT SAFE TO HIRE ESCORTS IN GUWAHATI...

Why Coronavirus Is the Best Time to Take...

What gifts to buy for a Wedding?