Bab ul-Fatah (Door of Victory) is one of the gates of the Ka’bah. After the invasion of Makkah on Friday, 20 Ramadhan 8 AH, the Prophet (S.A.W) entered from this gate. When the Muslim force marched towards Makkah, it initially stopped at Dhu Tuwa, not too distant from the town but within view of it. In devotion to Allah (SWT), since his camel Quswa ground to a standstill, the Prophet (S.A.W) bent his forehead till his beard nearly reached the saddle. The Prophet (S.A.W) then gathered his forces to attack towards Makkah. Khalid bin Waleed (R.A) gained charge of the right and invaded Makkah from the south. Zubair (R.A) seized control of the left-wing and arrived from the top portion of Kada. The middle of the armed forces was split into 2 parts: half was headed by Sa’d bin Ubadah (R.A) and his son, whereas the other side, wherein the Prophet (S.A.W) personally decided to ride, was headed by Abu Ubaydah bin Jarrah (R.A), who supervised the soldiers. The onslaught startled the Quraysh, and the Muslims faced minimal response.

It is said that Ali, the Prophet’s (S.A.W) grandchild, mounted on the back of the camel with the Prophet (S.A.W) at the triumphant entrance in Makkah alongside his daughter Zainab (S.A.W). The Prophet (S.A.W) was given a red leather shelter in which he conducted wudhu (ablution) and prayed eight rakahs of Nafl Salah and then He (S.A.W) rested for an hour or longer. Then he summoned Quswa, and after donning his armor and headgear, he girded his sword; nevertheless, he held a stick in his hands, and his visor remained up. Most of those who had ridden with him that day were already in the queue outside of the tent, and they escorted him as he walked to the Haram, having a conversation with Abu Bakr (R.A), who was by his side.

The Prophet (S.A.W) visited the Ka’bah and performed Tawaf. Three hundred and sixty statues surrounded the Ka’bah. He shoved them off with a stick he was holding, saying:

And say, “Truth has come, and falsehood has departed. Indeed, is falsehood, [by nature], ever bound to depart.” (Surah Al-Isra, 17:81)

After completing the round, the Prophet (S.A.W) descended his camel and worshipped at the Maqam e Ibrahim before drinking from the Zamzam well. He then started asking for the Ka’bah’s locks and walked in there for a moment. By the period he came out, the Quraysh had swarmed the Haram, eager to see what he’ll do about it. The Prophet (S.A.W) stepped at the doorway of the Ka’bah, gripping its framework, and talked to his former perpetrators, who were humbled before him, presenting various Islamic precepts and outlawing all pagan customs. Then he asked them, “Men of the Quraysh! What do you think I will do to you?”. They replied, “We hope for the best. You are a noble brother and the son of a noble brother!”. Then Hazrat Muhammad (S.A.W) said, “I say to you what Yusuf said to his brothers, ‘No reproach shall be on you this day.’ Go on your way, you are free.”

The Prophet (S.A.W) directed Bilal (R.A) to go to the top of the Ka’bah and deliver the Azan (it is reported that the Prophet (S.A.W) himself extended his shoulders for Bilal (R.A) to climb from). This was the very first moment when the Quraysh authorities had experienced Allah’s speech rise up; the valley of Makkah resonated with the voice. This is the day, several prominent Quraysh leaders, previously fierce foes, converted to Islam, especially Abu Sufyan and his wife Hind, who had devoured Hamza’s (R.A) liver at the war of Uhud.

Muslims must visit Masjid Al Haram to perform Hajj and Umrah. These sorts of instances are the ones that make Muslims aware of the historical perspective and struggles our Prophet (S.A.W) has gone through. Muslims who seek to execute Hajj and Umrah can certainly avail low-cost Hajj and Umrah packages to fulfill their pilgrimage. 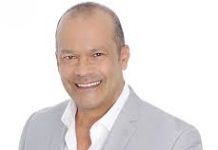 Technology in Education: A Future Classroom

The Benefits Of Using Bakery Boxes In Business

Therapy Based Couple Yoga for Infertility 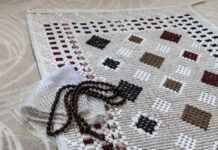 Why Would Anyone Choose Tasbih? 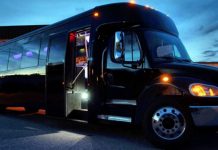 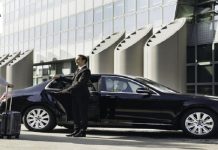 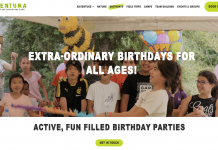